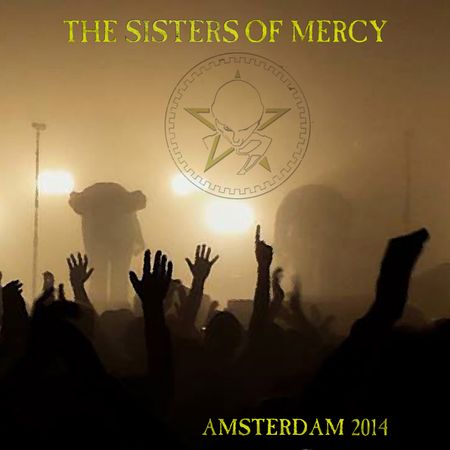 Some things have stayed the same. Eldritch maintains the same stage presence he has always possessed; when you can see him, that is, because
the trademark dry ice is also still very much in evidence. The hat and even the hair under it may be long gone, but Eldritch is still a convincing frontman.


Doktor Avalanche, the drum machine, is the only other member of the band to have remained faithful to his leader; and to have avoided the sack.
That said, Herr Avalanche long ago shuffled off his Oberheim DMX coil and was reincarnated as a trinity of Apple Macs at the back left of the stage.


Actually, one of those Apple Macs might be the bass player, because he, too, evolved beyond human form many moons ago.


The current guitarists with the band are Ben Christo and Chris Catalyst, both of whom have been with the band long enough now that one might daringly
speak of a stable line-up, if one were so inclined. Neither would have been out of nappies when the original line-up was treading the boards, but only
a churl would hold that against them.


Most of the older material sounds good in the hands of this incarnation of the band, although notably songs from 'First And Last And Always' are overwrought
in this format. They're too metal and missing the delicate touch of Wayne Hussey's twelve string; or at least someone's twelve string.


There are also a few songs where Catalyst's backing vocals rise far above those of Eldritch, effectively promoting him to the role of lead singer. The gulf
between the former's pitch and the latter's bass-baritone makes me wince at times. 'When You Don't See Me' and particularly 'Flood II' are cases in point.
Neither works for me because of this.


The band may not have released a new record in over 20 years, but that doesn't mean there's no new material in the set. Actually, some of that 'new' material
is 14 years old now itself, so it makes more sense to simply refer to it as unreleased.


Almost all of this unreleased material was written by past band members, so it will almost certainly never see the light of day on an official release;
if, indeed, there ever even is another official release.


Eldritch has stated that the band make more money now from touring than they ever did from releasing records, a fact that just goes to show how mucht
he dynamics of the music business have changed in the last three decades.


Incidentally, speaking of making a living from touring, at €39 for a ticket, I'm not surprised it yields a decent living. The gig seems overpriced to me
in relation to other bands. On the other hand, The Max, whilst not sold out, is pleasantly full tonight, so if the market will bear the asking price,
it's not overpriced at all in purely economic terms. Whichever way you look at it, however, tonight's gig is no bargain.


For my money, none of the new -- sorry, unreleased -- material comes close to the standard of the older material. The fact that most of it will never see an
official release is perhaps a blessing in disguise.


Happily, there are plenty of old favourites in the set-list to remind us of our misspent youth in the band's glory days. 'Ribbons', 'Blood Money',
'Alice', 'Valentine' and 'This Corrosion' all sound grand here and as fresh as a daisy.


The first encore goes to 'Kiss The Carpet', which, I have to say, has never sounded better. It's followed by the storming duo of 'Lucretia My Reflection'
and the rifftastic 'Vision Thing'.


The second encore commences with an overly heavy 'First And Last And Always' and continues with the unlikely choice of a cover of Dick Dale's 'Misirlou';
included, I suspect, for no other reason than to showcase the axe skills of Eldritch's young henchmen.


They really go for it, too. It's all standing on the floor monitors and leaning into the audience while grimacing and chasing riffs around the
fretboard. It's a Spinal Tap moment, but the Sisters never were averse to parody; it was everyone else who took them so seriously.


To finish, something even bigger than 'This Corrosion' or 'Vision Thing' is called for. The job falls to 'Temple Of Love', which I fail to even recognise
until the chorus. It just goes to show how different some of the songs sound when performed by this line-up.


The band rip through the songs at breakneck pace. The versions are short and nary a second separates many of them from their successor.
We get through 21 songs in 80 minutes.


I'm not sure that I've ever heard a genuinely excellent recording of the latter day Sisters. I was therefore at pains to produce a high quality
document of this evening's affair. In spite of the best efforts of some ignorant tossers around me, that goal has been achieved. If you're
a fan of the band, you should enjoy listening to this.


As always, samples are included to help you determine whether the recording is worth your while.