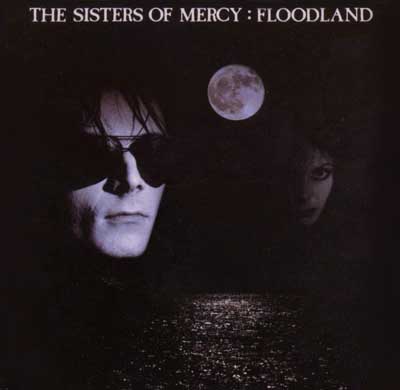 
on The Sisters of Mercy's second album Floodland.

Later on, it formed the A-Side of the Dominion (single), which was issued in February 1988


and was soon followed by an according video to that song. The Dominion CD-single includes


a song titled Ozymandias, which is just Dominion playeed backwards.

Only the title of the first part of this song is Dominion.


It is, however, often being referred to as Dominion/Mother Russia.


Maybe because Mother Russia has never been recorded or played live without Dominion.

In addition, although mentioned separately on the cover of the Floodland album,


the inside lyrics sheet lists both parts of the song together as Dominion/Mother Russia.

The video (filmed in Petra) appears on Shot. The single and video are severely truncated,


neither featuring the Mother Russia section, compared to the version on the album.


The video version starts with the b-side Sandstorm, before Dominion kicks in.


Eldritch has stated, perhaps in jest, that some of the Jordanians featured in the video


offered him two camels in exchange for Patricia Morrison.


In the heat of the night 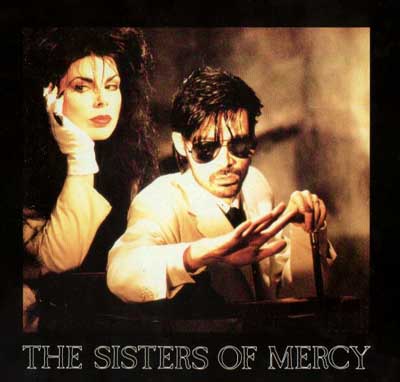 In the light of the fact
On the lone and level
Sand stretch far away
In the heat of the action
In the settled dust
Hold hold and sway
In the meeting of mind
Down in the streets of shame
In the betting of names on gold to rust
In the land of the blind
Be ... King, king, king, king

Mother Russia
We serve an old man in a dry season
A lighthouse keeper in the desert sun
Dreamers of sleepers and white treason
We dream of rain and the history of the gun
There's a lighthouse in the middle of Prussia
A white house in a red square
I'm living in films for the sake of Russia
A kino runner for the DDR
And the fifty-two daughters of the revolution
Turn the gold to chrome
Gift ... nothing to lose
Stuck inside of Memphis with the mobile home, sing:


Music & Lyrics: Andrew Eldritch.
Lyrics and music are property and copyright of their respective rights holders and provided only for study purposes.

Some analysis of both Dominion and Mother Russia has been done at 1959 and all that ...


There are also several threads in the Heartland Forums' Lyrics Section:

"On the lone and level / Sand stretch far away" is a clear reference to Shelley's poem Ozymandias:

I met a traveler from an antique land


Who said: Two vast and trunkless legs of stone


Stand in the desert. Near them, on the sand,


Half sunk, a shattered visage lies, whose frown,


And wrinkled lip, and sneer of cold command,


Tell that its sculptor well those passions read,


Which yet survive, stamped on these lifeless things,


The hand that mocked them, and the heart that fed,


And on the pedestal these words appear:


"My name is Ozymandias, King of Kings:


Look upon my works, ye Mighty, and despair!"


Nothing beside remains. Round the decay


Of that colossal wreck, boundless and bare


The lone and level sands stretch far away.

another wordplay on Shelley's line that may also serve to connect that song thematically to Dominion.

The poem can be seen in its entirety here.