Don't Turn On The Lights 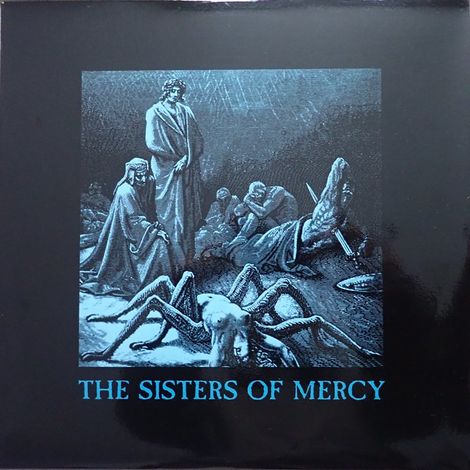 This is a 2LP live bootleg from the UK and Europe Spring Tour 1984 in Germany.


A test pressing and a series of CDs do exist as well.

The bootleg contains the whole gig.

The labels show the old head and star logo and below the
alphabetical lettering of the record side in quotation marks: "A". 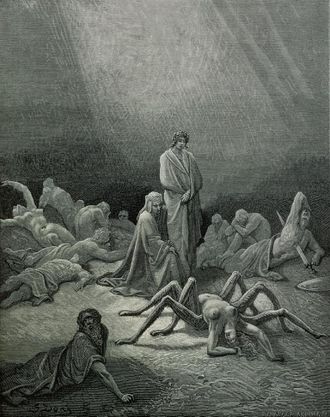 Arrangement, colours and font are very similar to the original release.
The front coverart varies only with regard to the picture.
However, the picture of the present item - like the one that was used for the Body And Soul coverart -
is based on an engraving by Gustave Doré for Dante's Inferno.
The picture here is a detail from the illustration "Virgil And Dante Looking At The Spider Woman".

It is hardly recognisable, as it is blurred and bleached, but it seems
to show the head of a dead person lying on the ground. 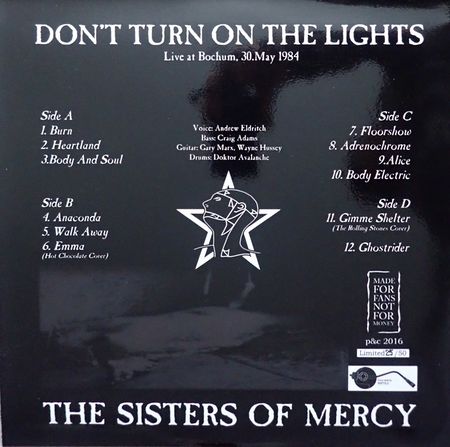 Don't Turn On The Lights - Cover (back)

The test pressing is characterized by a different vinyl colour and especially a more elaborated cover. 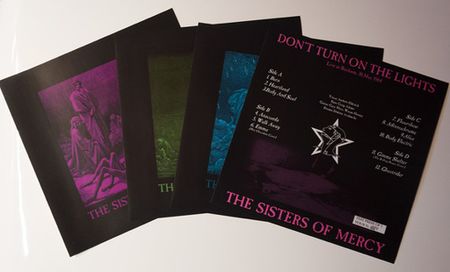 Don't Turn On The Lights - 4 stickers of the test pressing

The alphabetical lettering of the record side is written directly on the vinyl.

skipping the the "MADE FOR FANS NOT FOR MONEY" and the "Cover made by REPTILE" logo.

One shows a detail from the illustration "Dante Addresses Traitor Bocca Degli Abati" in green and
the other "Brunetto Latini accosts Dante" in blue.
These are also engravings by Gustave Doré for Dante's Inferno