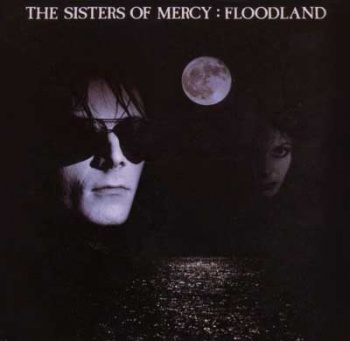 Driven Like The Snow was released in 1987 on The Sisters of Mercy's second album Floodland,


Some say it continued themes found in Nine While Nine.


An instrumenral demo of the song does exist and has been distributed widely along various bootlegs,


where it is called Driven Like The Snow or Snowdriver.

Driven Like The Snow is one of the few songs that have never been performed live.


Only in June 1992 at the NEC Arena, Birmingham, a few lines from the lyrics were sung


over the opening lines of Vision Thing.


An audience recording from this concert is in circulation among the fanbase.

Still night, nothing for miles,
White curtain come down,
Kill the lights in the middle of the road
And take a look around.....
It don't help to be one of the chosen
One of the few, to be sure
When the wheels are spinning around
And the ground is frozen through, and you're
Driven, like the snow
Pure in heart
Driven together
And given
Away to the west
A white dress
'Til the river don't run
A black dress
Looking like mine
'Til the sun don't shine no more
Where the sky meet the ground
Where the street fold round
Where the voice you hold don't
make no sound, look
Snow on the river and two by two
Took a lot to live a lot like you, I don't
Go there now, but I hear they sung
Their "Fuck Me And Marry Me Young"
Some wild idea and a big white bed, now
You know better than that, I said,
Like a voice in the wind blow little crystals down
Like brittle things will break before they turn
Like lipstick on my cigarette
And the ice get harder overhead
Like think it twice but never never learn...

And the mist will wrap around us
And the crystal, if you touch it...


Music & Lyrics: Andrew Eldritch
Lyrics and music are property and copyright of their respective rights holders and provided only for study purposes.

Some basic analysis around this song has been done at 1959 and all that ...

There are also several threads at the Heartland Forums' Lyrics Section, see:

see also this snippet from an Eldritch interview with RAM Magazine - 23 March, 1988