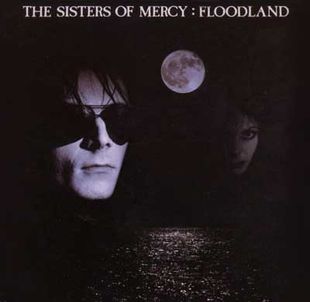 Flood II is on the B-Side of The Sisters of Mercy's second album Floodland.


Side A of that album features a song titled Flood I.


and is a constant part of The Sisters' live set ever since.

She says no no no no harm will come your way
She says bring it on down, bring on the wave
She says: nobody done no harm
Grace of God and raise your arms
She says: face it and it's a place to stay

CHORUS
She says
She says anytime
Raise your arms
Flood

The Sisters of Mercy - Flood II - Le Trianon, Paris, 05/03/2011
- with many thanks to HL Forums member doctoravalanche

Words & Music: Andrew Eldritch
Lyrics and music are property nd copyright of their respective rights holders and provided only for study purposes.


See also the Heartland Forums' Lyrics Section under And her hallway moves...