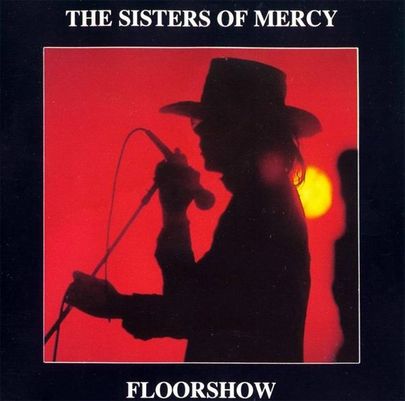 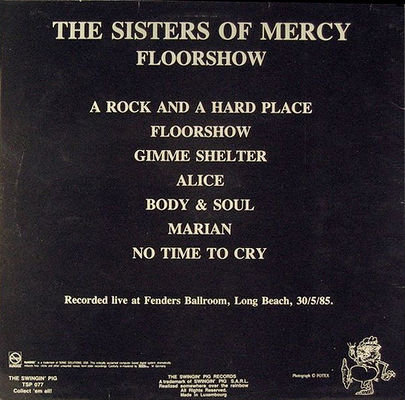 
A bootleg from one of the very last shows of The Sisters of Mercy in their First And Last And Always line-up, when Gary Marx had already left the band. In fact, it was the first gig of the American leg of the Armageddon Tour in 1985. After these shows, The Sisters of Mercy returned to England, played the Royal Albert Hall, split up a few months later and things developed into those directions we should all be used to by now.

The bootleg was originally released in 1990 on vinyl and CD by the famous The Swingin' Pig Records bootleg label. A year later, a Polish cassette bootleg of similar content surfaced in online auctions. Also the CD-version got bootlegged in 1993. The second CD imitates everything apart from the title "Floorshow", which is replaced by the time and place of the gig. 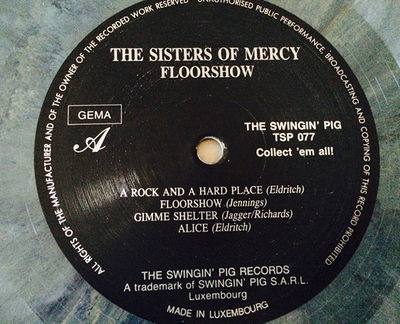 Floorshow - LP Label (Side A)

Check the sound files on the bottom of the "Silence Is Platinum" page.

First And Last And Always, Walk Away, Emma and Amphetamine Logic are missing

Alice for instance was originally performed between Floorshow and Gimme Shelter.
This is corrected on the cassette version, but the overall order is still wrong;
the tracks on side A were the last four songs of the gig.

There are minor differences in track times on the cassette. 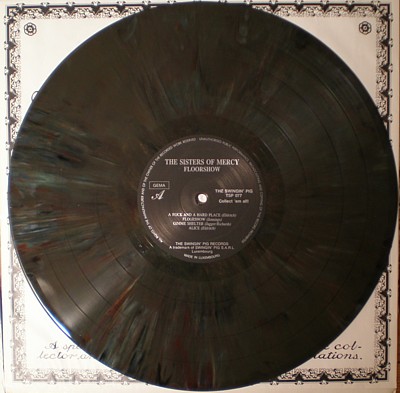 The same counts for the cassette.

Floorshow is credited to some guy called "Jennings". 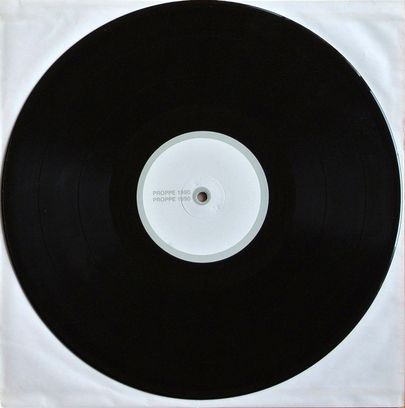 Floorshow - Trade Mark Of Quality Test Pressing - Vinyl (Side B)
as it once was.

versions on black vinyl have surfaced so far, see the pictures down below (scroll).

There is no print on the labels of this one at all.

Here, the vinyl comes in a Trade Mark of Quality "Long Play" paper sleeve.
The labels have a light grey rim on the outer side and around the centre hole.
"PROPPE 1990" is printed on them in bold upper-case letters of the same grey colour.
While the "PROPPE 1990" mark is printed once on the A-side label, is appears twice on
the label of Side B, one mark close below the other, thus signifying the side of the record (1/2).


Polish cassettes are steadily available in online auction, though possibly reissued with