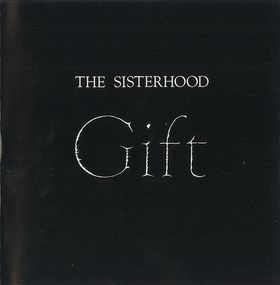 Jihad is an 8:17 minute long track officially released in 1986
on The Sisterhood album Gift. It is the first track of the album.

Several Russian flexis with the track do exist as well,
see Jihad 1, Jihad 1 And 2, Jihad 2 and Jihad 3.

There are also various fan-produced videos featuring the song on the net. The visual contents of these videos differ remarkably, while the track used is always the same Jihad from The Sisterhood album Gift.


From the year 2015 on and with a first perfomance on 12 October 2015 in Glasgow, a full instrumental guitars-based version of Jihad mostly followed by Valentine became a welcome part of The Sisters of Mercy's live setlist, without any lyrics or vocals, however.

The original lyrics to this song consist of a repeated: Two-five-zero-zero-zero - Jihad!'


The number was spoken by Patricia Morrison as a member of The Sisterhood at the time.


Words & Music: Andrew Eldritch
Lyrics and music are property and copyright of their respective rights holders and provided only for study purposes.

Some thoughts about the ideas behind these lyrics have been noted down at 1959 and all that (please scroll, if necessary).


There have also been various discussions among the fanbase about the meaning
and the production of this song. Some recents excerpts of these can be found in this thread from around here ...