The Sisters of Mercy did some recordings for two of their earliest singles, 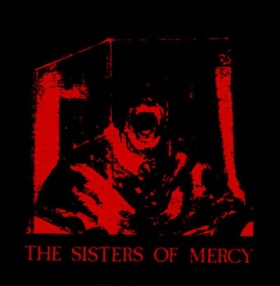 * CNT was the label in York at the time, that produced the Body Electric (single) released in April 1982.


According to our information, the first two of these tracks are the same as on the actual single, but were taken from the studio reels.


(for pictures see down below). 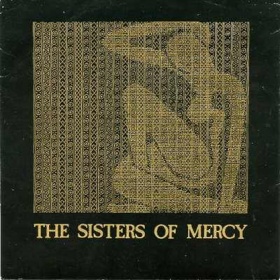 On various occacions, these demos have wrongly been denoted as the Basement Demos.
In addition, there's the following short reference on p. 108 of Dave Thompson's book "Beautiful Chaos - The Psychdelic Furs" :

...'I had been recommended to The Sisters of Mercy, who were looking for management, by Howard Thompson,' says Mills.
'Howard had wanted to sign them before he went to Columbia in New York and felt that I could help them. I arranged for them
to record with John [Ashton] as I felt it would benefit both parties, as The Sisters' previous recorded work had been dire and
John wanted to get into production.'

The two groups had shared a stage in Leeds earlier in the year; now, following a week of pre-production at Andrew's
flat in Leeds, over two weekends spent sequestered at Kenny Giles' studio in Bridlington, Ashton oversaw four songs:
two destined for The Sisters' next (third) single, 'Alice' and 'Floorshow'; the definitive version of the oft-recorded (but
still unreleased) 'Good Things'; and a distinctive cover of The Stooges' '1969', which would finally turn up on a 12 inch
the following spring...

So it is not 100% sure, whether the acutal recordings on any circulating bootlegs come from the pre-production phase
at Eldritch's flat - the so-called Basement Demos 1982 - or from the present sessions with John Ashton at Kenny Giles.
Anyway, Alice 7" was released in November 1982, the Alice EP in March 1983.

Official and Unofficial Releases of Tracks Recorded at Kenny Giles

In addition to The Sisters of Mercy's two singles, the The March Violets' first two 7" singles


Religious As Hell and Grooving In Green were recorded here in Bridlington and released on Merciful Release in 1982/3.

The same accounts for Salvation's 1983 debut single and EP Girlsoul. Their following LP Clash Of Dreams was also recorded at Kenny Giles' in 1984.


It remained, however, unreleased. Both, the Salvation single and the album were produced by Andrew Eldritch for Merciful Release.

As mentioned before, some recordings of Sisters songs from these studio sessions at Kenny Giles have surfaced and been spread along various bootlegs: