During their Sisters 2017 Tour returning from two great gigs in Poland for another stopover in Germany,


with the appearance of Lisa Cuthbert as an additional background singer for most of the encores.

The whole concert was recorded from the audience and later shared and then circulated among the fanbase.


Opening act were The Membranes, whose set is also included in this recording. 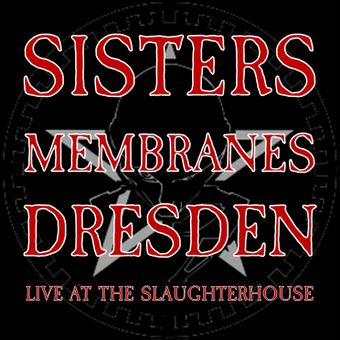 All rights reserved. All wrongs reversed
Compiled by fans for fans. No copying
Subject by applicable laws
For promotional purposes only 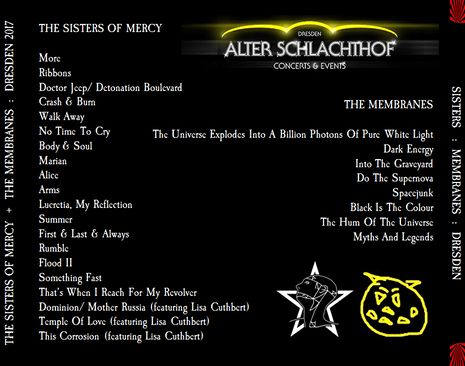 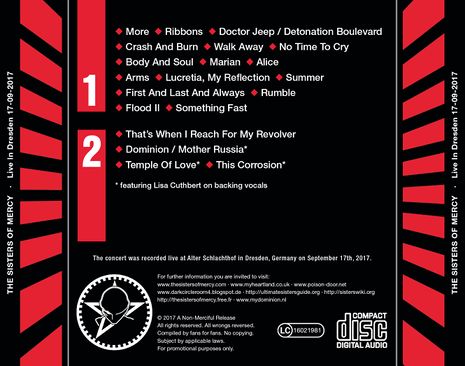 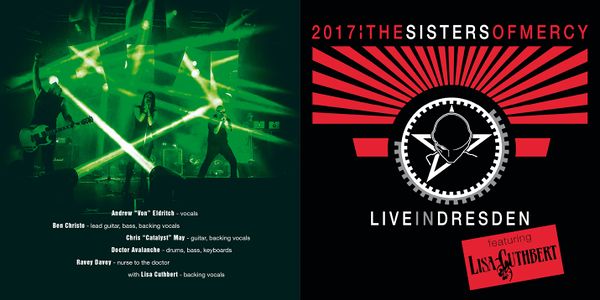 This set of photos was shared together with the recordings from the show.


They are therefore and for your pleasure presented here as well.