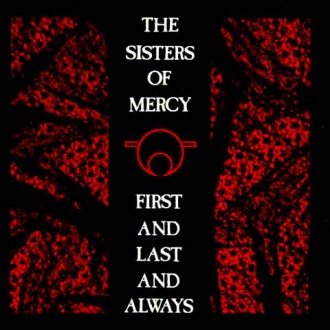 Marian was released in 1985 on The Sisters of Mercy's first album First And Last And Always (album).


are in German language. And, of course, the 12-string-guitar sound written by Wayne Hussey giving


the song it's haunting atmospere.

Although this song is titled Marian (Version) on the album cover, no further official version does really exist.


There are some demo versions, though, see Marian.


Some of the lyrics appeared for the first time in a track called Red Skies Disappear, which also premiered


the music of First And Last And Always but never got officially released.

To our knowledge, Marian was first performed live at the York Racecourse Festival on September 22nd, 1984


and also featured in The Sisters of Mercy's performance at the BBC's Old Grey Whistle Test.


The song has been part of The Sisters' live performances ever since.

In a sea of faces, in a sea of doubt
In this cruel place your voice above the Maelstrom
In the wake of this ship of fools I'm falling further down
If you can see me, Marian, reach out and take me home.....

Marian, there's a weight above me
And the pressure is all too strong
To breathe deep
Breathe long and hard
To take the water down and go to sleep
To sink still further
Beneath the fatal wave
Marian I think I'm drowning
This sea is killing me


Music: Wayne Hussey / Lyrics: Andrew Eldritch
Lyrics and music are property and copyright of their respective rights holders and provided only for study purposes.


Various further performances over the years

Our utmost thanks go to all the original uploaders of the videos used in this page. Check their channels on YouTube and you might find many more treasures.

Some discussions and analysis of this song can be found under Marian in The Heartland Forums' Lyrics Section.