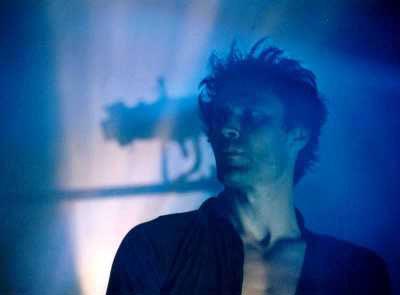 Real name: Srđan Miodragović. In 1985, he achieved some popularity in former Yugoslavia
with the release of the LP-album "Za Tobom Lud" under the name Srđan Jul.

The Belgrade-born guitarist played live with The Sisters of Mercy during their tours from 1997-1999.

In addition, Mike Varjak also contributed to The Sisters of Mercy
by writing the music to:

Both are live-only and so far unreleased songs.

Mike Varjak did appear as well with "Jackieonassid", a project of ex-Adam and the Ants bassist Chris Constantino
and can be seen in their video for "Meditation Man".

A short review of his biography and some further information can be found in this thread on Heartland Forum.


See also his profile on Discogs ...