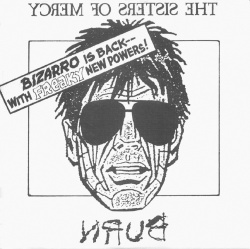 The title of this 7" bootleg derives from the fact that the complete cover is mirror inverted so that BURN can be read NRUB.
Therefore the single is also known as Burn 7". As the mirror-inverted Head & Star logo on the back cover is crossed by the
lettering "FIERCER THAN THOU" and the same lettering does appear on the vinyl as well, this bootleg single is referred to
as Fiercer Than Thou as well. The title track of this single can also be found on the Rare Obscurities bootleg-CD.

The Sisters of Mercy - NRUB 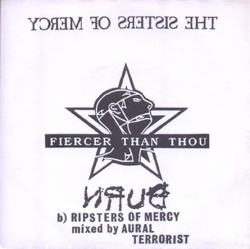 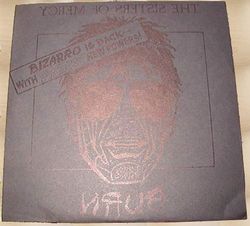 Due to this, some of the singing appears no longer backwards, however, so that the following lyrics lines can be identified:


For the juggling men and the idiot clowns

Parts of this text can also be found in the lyrics to Burn It Down.

Some interesting facts about "NRUB" are also mentioned in the entry Burn (It Down) - demo at the I Was A Teenage Sisters of Mercy Fan blog.