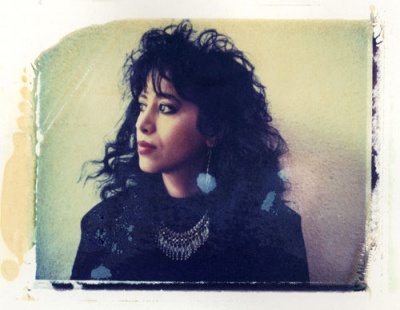 She made her international debut at the Eurovision Song Contest 1983, which she very narrowly


failed to win for Israel with the song "Chai". Ofra Haza had a worldwide hit in 1988 with Im Nin a'lu


originally from the album Yemenite Songs, co-produced by Thomas Dolby.

Her international hits included My Love Is for Real with Paula Abdul in 1995. She also sang the soundtracks


Sarah Brightman. Check out all her collaborations and performances here...


For more information on her work, please check her discography @discogs.

Haza, who came from the poor Tel Aviv neighborhood of Hatikvah, at one time almost a slum, was a success story


and the subject of pride on behalf of many Temani. She died of an AIDS-related illness in 2000, having contracted


the disease from a blood transfusion in 1980.


*The above text was lifted more-or-less directly from the wikipedia entry.

Ofra Haza did the additional vocals on The Sisters

The song is featured on the according single and


on the compilation album A Slight Case Of Overbombing.

She is also known for her cover of the Led Zeppelin

Our thanks go to the original uploaders of these videos. Check their channels and you might find more wonderful treasures ...