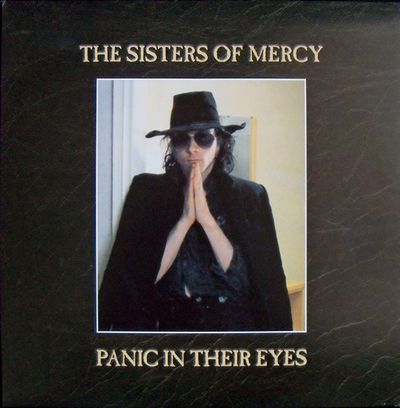 Panic In Their Eyes - Cover (front)

in various vinyl colours and with varying bonus items.

with a hand-numbered sticker on front and including a postcard and a poster, see Panic In Their Eyes (Picture Disc).

The printing on the vinyl claims that it is a limited edition, but there is no information given on how many were made.
Most likely, this version is just a bootleg of a bootleg, since the Greek manufacturer already copied the Australian
CD version of this release for an A5-size CD-book issue ("strictly" limited and very expensive, of course).

(An effect, occurring regularly with picture discs, possibly caused by the process of inking the vinyl.)

The Australian Picture Disc Edition has a barcode on the cover - like all the other versions mentioned here in this page. 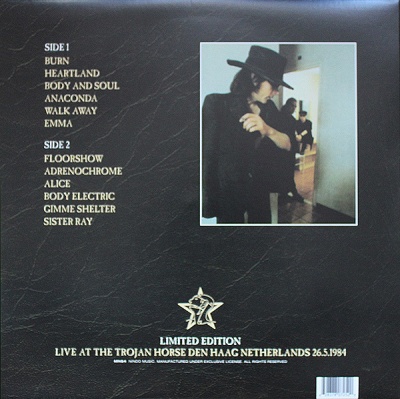