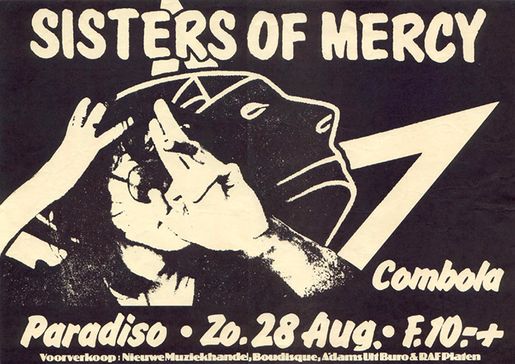 Part of The Sisters of Mercy's Trans-Europe Excess Tour in 1983.


This was the first time The Sisters of Mercy performed Temple Of Love live.

A large number of Live Bootlegs was based on the recordings from this gig:

The Sisters Of Mercy live at the Paradiso in Amsterdam, The Netherlands on 28 August 1983 during their Trans-Europe Excess Tour, their first travels outside the UK - Sister Ray / Louie Louie / Ghostrider - 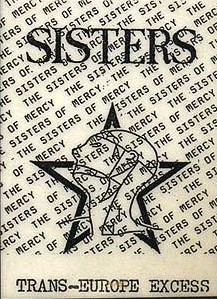 This concert at the Paradiso in Amsterdam in 1983 is one of the most bootlegged concerts of The Sisters of Mercy.
One reason for this is surely that a recording of very good quality was taken from the soundboard during the gig and the according mastertape then got used for a variety
of bootlegs, from which again a multiplicity of further bootlegs were easily ripped. However, when copying the sound, bootleggers would often apply filters, change the pitch,
or even overdub some effects in order to achieve a distinct or even better sound.


Comparing the sound cuts below from different bootlegs, each of which giving the first bars of Sister Ray, clearly reveals some amazing variations in sound and pitch.