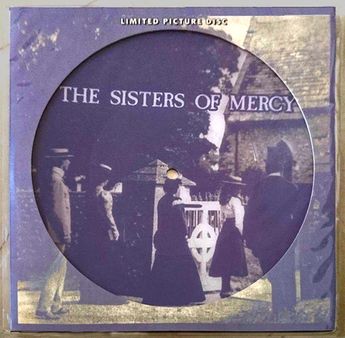 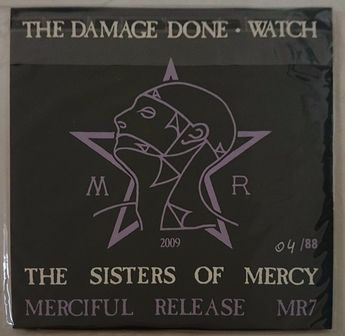 After the Australian bootleg reissue of the original The Damage Done single had appeared in 2009,


it was followed by a coloured picture disc from Greece, which surfaced in online auctions in 2014.

one of the less common Greek bootlegs that are limited to that funny number.

with a large hole in the centre so as to show the picture continue on the disc.
There is also a white print on top saying "Limited Picture Disc".

the cross on top of the church is not visible on the cover.

and label name as well as the alleged year of release are printed in mauve or lilac.

is printed also in lilac leaving a space for the hand-numbering of the respective copy as such:   / 88

and gives the song titles, the band name and the Merciful Release information in black print.
Only the year of release is also printed in lilac.

either be ripped from the original single or from the Primary bootleg, (which also leaves out Home Of The Hit-Men).