- the concert was to be "The End" of The Sisters of Mercy in their First And Last And Always line-up. 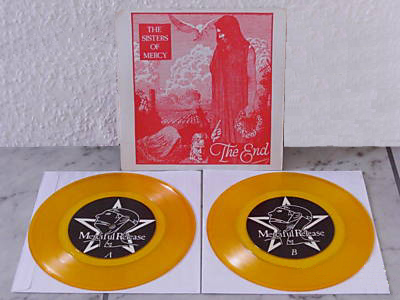 and it doesn't coincide with the track list on the cover either.

The first edition was limited to 300 copies and comes in a red/white wrap-around sleeve.

As they are identical on the two records, one can only distinguish the two vinyls by the run-out grooves: WDR 3 and WDR 5. 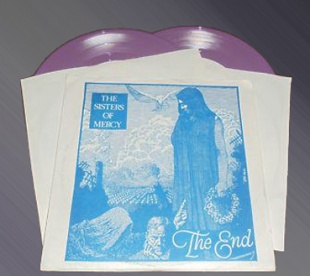 The second edition was also limited to 300 copies.

A re-issue release exists as well.

NOTE: None of the alleged full b/w sleeves or the black vinyls with white labels have ever been seen. 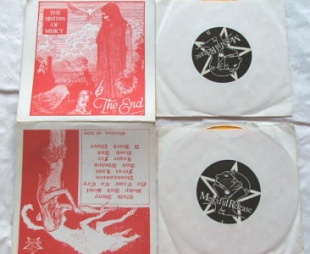 The End - Original edition with vinyls in sleeves

For recent price developments see sistersbootlegs/The End or popsike/theend or, alternatively, this page...