The March Violets - Made Glorious album and band logo

A Leeds-based band, started in 1981 by (among others) Si Denbigh,
the long-time Nurse to The Sisters' Doktor Avalanche.

Their first two 7" singles Religious As Hell and Grooving In Green
were released through The Sisters of Mercy's label Merciful Release.

Nowadays, they describe themselves as:


Started at the Beginning, Imploded, Reborn for the 21st Century.

For additional information about The March Violets history,


please check The March Violets - Biography or the official links under


External Links at the bottom of this page.

As some of you may have heard, Si recently suffered a pretty serious haemorrhagic stroke and is currently in the Neurological Rehab unit in Hospital. He may be there for quite a while.

If you want to keep tabs on Si’s progress he has clunky internet from hospital but is posting on Facebook, please say hi.

The March Violets Today are: 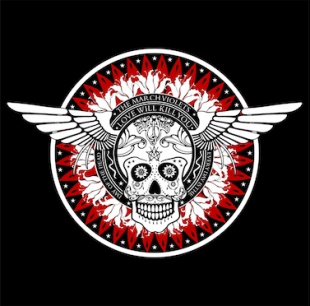 Love Will Kill You - EP Cover

In November 2010, The March Violets decided to undertake the project of their first full album


along Pledge Music. Over 600 fans pledged their support and had The March Violets raise


196% of the money required. In the course of this pledge project, the band provided funds to


the charity organisations of Friends of the Earth, Cloth Cat, Leeds Music Charity, and

In mid-2011, the limited edition EP Love Will Kill You was issued for sale at the gigs and


offered for free as a pre-release to people who had pledged toward the new album.

Check this link for an audio stream of "Road Of Bones", the first track of the EP.


A promo video of the song "Dandelion King!" from the 5-track EP was also produced including


the participation of pledgers and can be watched here on YT. 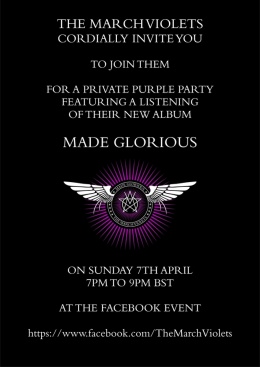 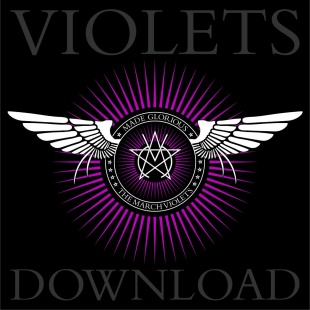 In between recording and production in 2012, The March Violets played


a short tour of the UK, some festival gigs at the WGT in Leipzig,


the Psychedelic Furs in Leeds.

In April 2013 the new album Made Glorious was finally ready

Meanwhile all pledgers have received their items and an according


Made Glorious Tour started on October 26th and 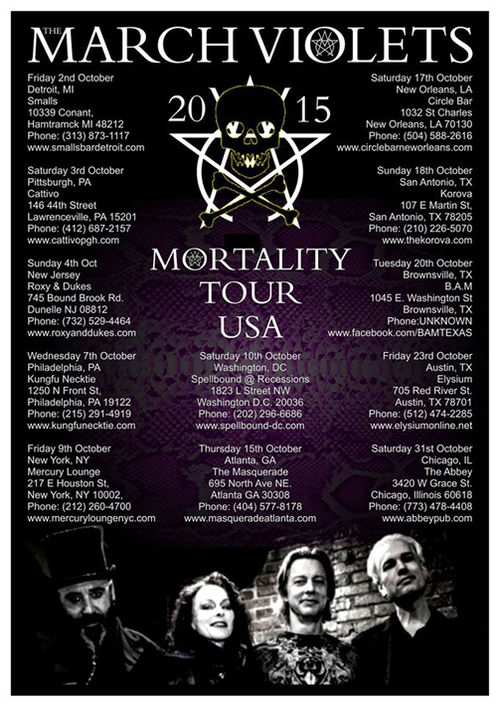 The ‘Mortality Tour and Album’ is the new Pledge from the March Violets.
Throughout October pledgers get to experience a month of touring around the East Coast, with Backstage Action, Road Movie high jinx and other Purple nonsense. The Violets will be playing classic tracks live, then recording them in November in Chicago. With exclusive daily footage and a virtual Access Pass pledgers will be able to participate in the highs and lows of the entire Tour and Studio Saga. The involvement continues right up to Xmas, with an Advent Calendar with interesting Violet goodies behind each door, culminating in the Album download on Xmas day!


During this tour the March Violets are supported by William Faith on bass.

The above mentioned tour is almost done (see tour announcement on the right),


yet pledgers for the new Mortality Album are still welcome.

For further live and other news, please do always keep an eye on:
The Violets Live Page... and The March Violets on Facebook

For various further information, please see any of the pages listed here below

talking about his resumee of the tour, the band and the "genre", some future plans ...
An Interview With The March Violets, Si Denbigh, 15 Decmber 2013