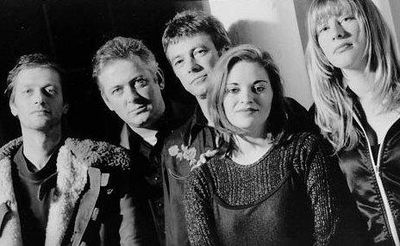 The Mekons in the early days of Leeds

The Mekons are a British rock band formed in the incendiary atmosphere of Leeds' 1977 race riots by a group of University of Leeds art students, among others Jon Langford.


They are one of the longest-running and most prolific bands of first-wave British punk rock and nowadays often described as a post-punk, cowpunk and/or alt country band.


Check out, for a good example, this biography taken from Rough Guide to Rock...

In the early days, Jon Langford stepped in for a few live gigs on bass with The Sisters of Mercy. 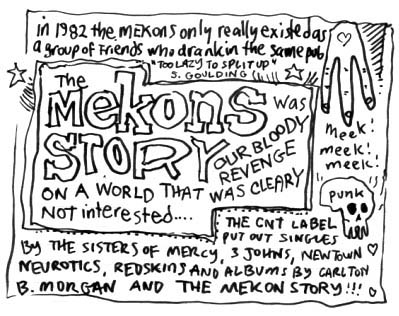 Rumour has it that the lyrics to The Mekons song Prince Of Darkness from their 1987 album
The Mekons Honky Tonkin' referred to Andrew Eldritch:

The chords to this song can be found under this link... (scroll).

For additional information, please check the quite interesting article at wikipedia


and above all of Club Mekon, a very comprehensive official fan-run website... just brillant!!! ...


from which we also have, err, recovered the lovely excerpt of the comic right here ...

Plenty videos of Mekons stuff from all eras can also be found on YouTube...