The third concert of The Sisters Ocean To Ocean Tour to North America in 2008.


For reviews and everything, please see The Heartland Forum Archives...

The Sisters of Mercy, Club Soda, Montéal, 29.10.2008 - Marian
* with many thanks to the uploader josephalfredo

●  Simon Denbigh - Nurse to the Doktor 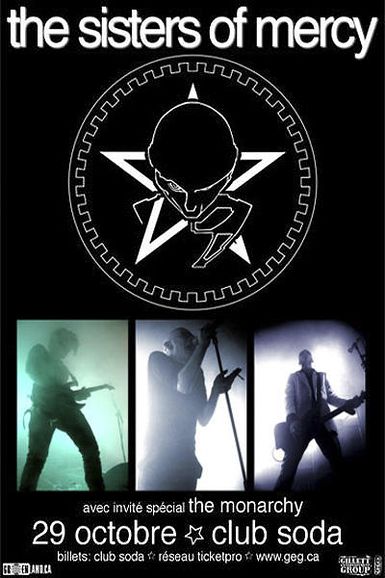 - Our thanks for these go to the uploader Martin Beaudin-Lecours. -