A 7" vinyl bootleg that has hardly ever been seen, maybe a one-off from the bootlegger. Anyway, by the time this issue appeared, the official Body Electric single
was already out of sale. Apparently however, this bootleg consists of record two from the The Damage Done - Adrenochrome bootleg release. Label and catalogue#
are identical. Beyond that, there are "Side Two - Body Electric" labels on both sides, which also counts for some copies of the aforementioned release. 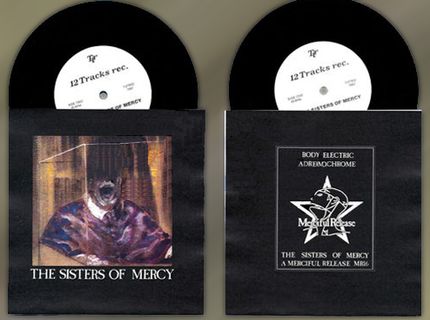 the official Body Electric single, it shows Francis Bacon's Head VI on front,
here, however, in its original colours.