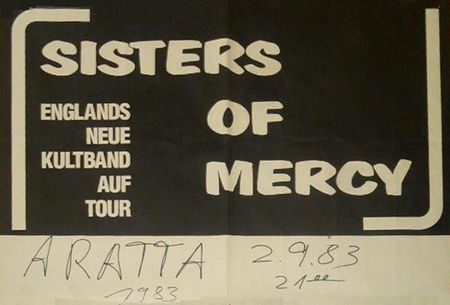 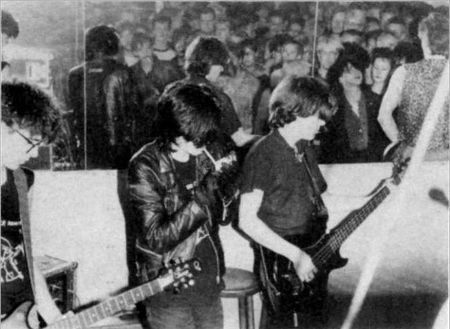 
the European mainland. We have, however, the announcement here on the right side.

In addition, it is clear that this concert did take place, as an interviewer of the


Ultimatesistersguide in the German interviews & clippings section under


the entry Plus-Minus-Null. This was also the title of the article in SPEX


in the interview, which was: pretty much even.

Eldritch also talked about plans for an album release for the coming year, if that


should be practicable, and mentioned productions fees of 40,000 £ as a 24-track


recording were imperative for an undertaking as such, and that the band were


far from being able to live on their music.

The concert was not recorded. The photo on the left side was also taken from

Any further information should be very welcome.