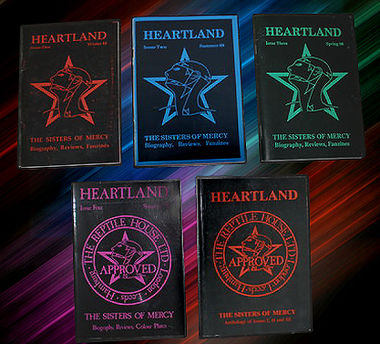 Originally, Heartland was not a forum on the internet but a fanzine dedicated to The Sisters of Mercy released in the more or less early days by Andrew J. Pinnell.

During the late 80s and early 90s, these fanzines were sent out to the members of the various Sisters of Mercy fan clubs. The magazines consisted of around 80-96 pages each, filled with interviews, biographies, letters, notes, bootleg clarifications, images and tons of other Sisters of Mercy insight unavailable from any other source at the time.

The first three issues were limited editions and had an according rectancle for the numbering on the back. Issue I came with 500 hand-numbered copies. Issue II consisted of 1,000 copies with the typical space for numbering, although, it was usually not numbered. Issue III consisted of 2,000 copies, seen with and without hand-numbering.

The booklets were so good and well received, that with Issue No. 4 The Sisters of Mercy adopted Heartland in 1990 as their officially approved fanzine and reissued the Anthology of Issues I, II and III in 1992. For further information about the origin and developments of Heartland, we also recommend this lovely blog...   .. ;-) 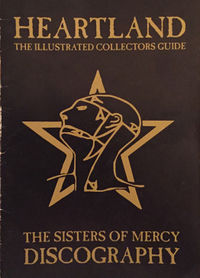 Cover for the envisaged but unreleased "Discography" 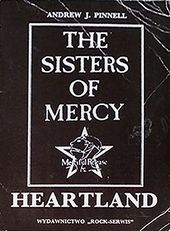 In 1992, Andrew Pinell additionally released an issue in Polish language


as The Sisters of Mercy have always had a large fanbase in Poland as well.

An official discography was also scheduled under the title

That new release would contain information on all existing official releases and bootlegs of the time and was to be published by International Music Publications Ltd - IMP, Essex, England, see this picture of the cover back.

A test pressing of some five issues was done. Even an ISBN-number was obtained, but, unfortunately, this wonderful project was shelved and never saw the light of day.


Pictures of the individual issues