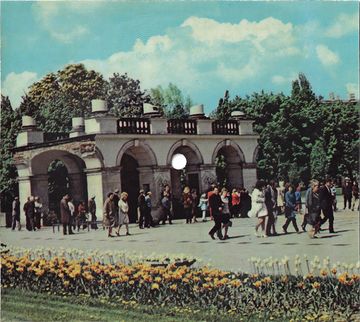 
b/w envelope sleeve with release information on the back and varying pictures on the front. 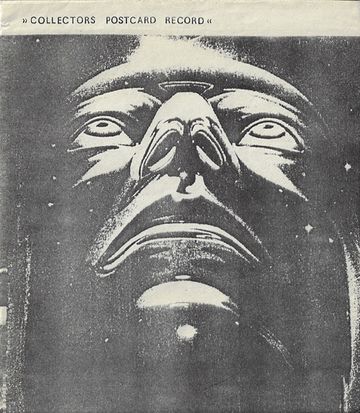 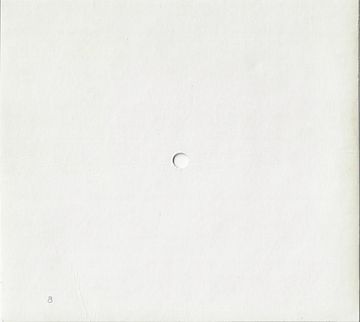 and was recorded live at Schlachthof, Bremen, Germany on May 10th, 1985

The numbering on the envelope sleeve is also stamped
on the back of the according flexi.

part of a series of playable postcards recorded only on one side.

So far, five different envelope version have surfaced, for examples of which see:
Blood Money, 1959, Nine While Nine, Emma and the present one. 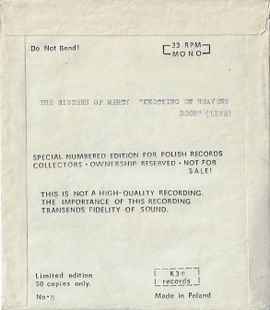 THIS IS NOT A HIGH QUALITY RECORDING.
THE IMPORTANCE OF THIS RECORDING
TRANSENDS FIDELITY OF SOUND.

K3 Records
Made in Poland