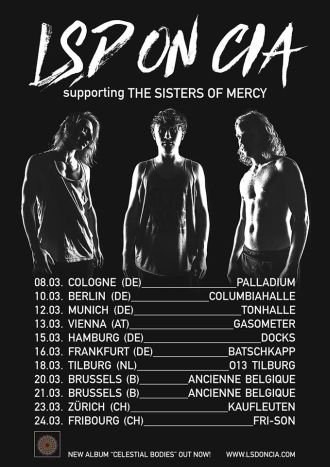 LSD on CIA were the support act with The Sisters of Mercy during their Europe Spring Tour 2016.

They are from Copenhagen, Denmark and identify themselves as "Hedonist thrash rock".

The set they played opening for The Sisters of Mercy was video-taped and recorded and is in circulation among the fanbase, see also Berlin 2016

More information about them and their recent releases is available under the following external links: