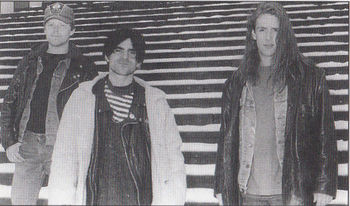 La Costa Rasa are a Leeds-based band, consisting mainly of

In 1993, La Costa Rasa accompanied The Sisters of Mercy during their Overbombing Tour.

In addition, they were signed to Andrew Eldritch's Merciful Release label,


on which their CD-album Autopilot was released in May 1994.


and their discography @discogs.