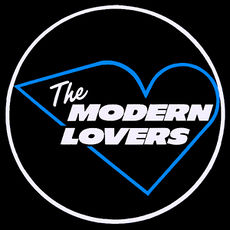 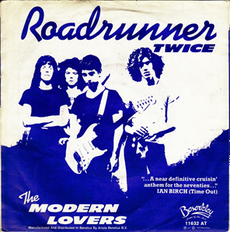 Originally a song written by Jonathan Richman in 1970 and released with his band The Modern Lovers on their album of the same name in 1976.


The according 1977 Netherlands single of the track has Pablo Picasso on the b-side, a song covered by David Bowie on his album Reality in 2003.


Another point of reference for the track title "Roadrunner" might or might not be the well known cartoons and comedy short film character The Roadrunner.

The Sisters of Mercy performed a version of Roadrunner as a medley with excerpts from Sister Ray, Walkin' The Dog and Louie Louie at M'era Luna Festival, Hildesheim, Germany, in 2016.

The Sisters of Mercy @M'era Luna Festival 2016, 13.08.2016 peforming a medley of Roadrunner with Sister Ray, Walkin' The Dog and Louie Louie

Roadrunner, roadrunner
Going faster miles an hour
Gonna drive past the Stop & Shop
With the radio on

Said welcome to the spirit of 1956
Patient in the bushes next to '57
The highway is your girlfriend as you go by quick
Suburban trees, suburban speed
And it smells like heaven

I say roadrunner once
Roadrunner twice
I'm in love with rock 'n' roll
And I'll be out all night
Roadrunner, that's right

Roadrunner, roadrunner
Going faster miles an hour
Gonna drive to the Stop & Shop
With the radio on at night


Words & Music: Jonathan Richman
Lyrics and music are property and copyright of their respective rights holders and provided only for study purposes.