Rescheduled date from 2011. As the Soundwave Revolution Festivals in 2011 were cancelled altogether,


The Sisters of Mercy were invited to play the Soundwave Festival series in 2012 instead.


Tickets for this festival were sold out already in 2011.

Due to the enormous number of bands playing this festival, 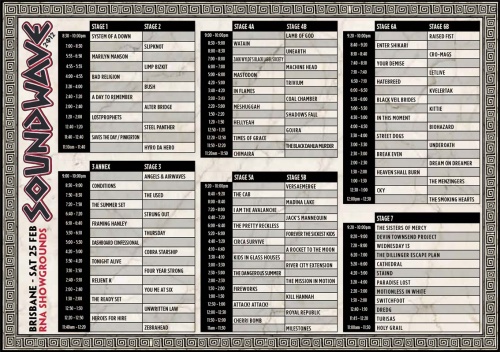 The Sisters had only 40 minutes for their set headlining Stage 7.


However, as other bands had extended their slot, The Sisters


had to shorten their act even further.

- according to lastfm - not confirmed -