From SistersWiki.org - The Sisters Of Mercy Fan Wiki
Jump to: navigation, search
Under The Gun, starring Andrew Eldritch and Terri Nunn 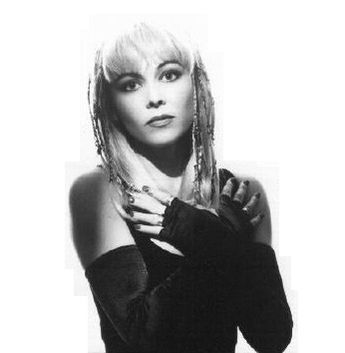 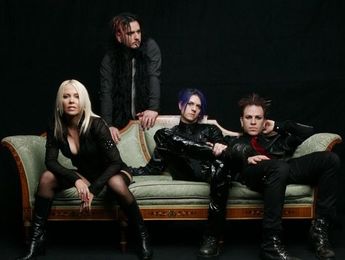 Terri Nunn with the recent incarnation of Berlin

Terri Nunn (born June 26, 1961 in Los Angeles, California) is an American actress, singer and songwriter and was one of the founding members of the American New Wave band Berlin in 1979. She left the band, however, for her acting career.

Nunn then appeared in many B-movies and as a guest performer on a number of television shows. She also auditioned for the role of Princess Leia in the 1977 film Star Wars, but lost out to Carrie Fisher. Eventually, she would be appearing in numerous television shows of the 1970s and 1980s.

Terri Nunn rejoined Berlin in 1981 as their lead singer again and the band had some of their biggest-selling releases, among others the award-winning Take My Breath Away, the love theme from the film Top Gun (since remade in a cover version by Jessica Simpson). Berlin dissolved, however, in 1987, and in 1992 Terri Nunn recorded a solo album - Moment of Truth.

In 1993, Terri Nunn did the additional vocals on The Sisters of Mercy's most recent single Under The Gun and also appeared in the according video.

Nunn resurrected Berlin with entirely new backup members at the end of the 1990s also recording a new album during their according live concert tour.

For further information about Terri Nunn and Berlin, please check one of the following pages.