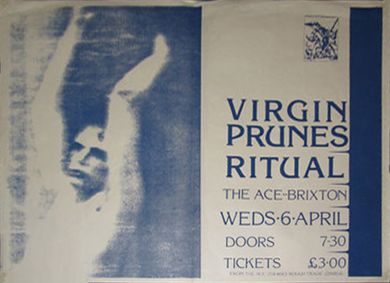 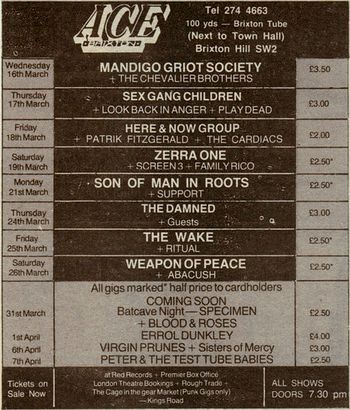 For a long time tought to have been part of The Sisters of Mercy's UK Spring Tour in 1983, here as support act with the Virgin Prunes.


Also, The Sisters of Mercy's own Gigography lists this concert for 06 Apr 1983.

Fanbase research has, however, proved with sufficient credibility that The Sisters of Mercy did not appear as support act for this Virgins Prunes gig.


Acutal openers to the show were UT and Ritual, instead, very much to the disappointment of some people in the audience.


Over the years, variuos recordings were ascribed to this concert, including here on the Monochrome bootleg as well as some low-quality audience take. All of these refer, in fact, to an earlier concert of The Sisters of Mercy at Brixton Ace on 10 March 1983.