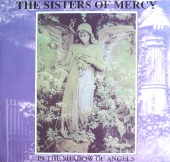 In The Shadow Of Angels

Candle is an instrumental version of the song Driver of 4:27 min. length


Both versions of the song were, however, never released as such.

The instrumental can be found on various bootlegs like In The Shadow Of Angels.


However, these versions of Candle are in general far superior in recording quality than Driver.

Thanks to endemoniada75, you can listen to it here on YouTube....