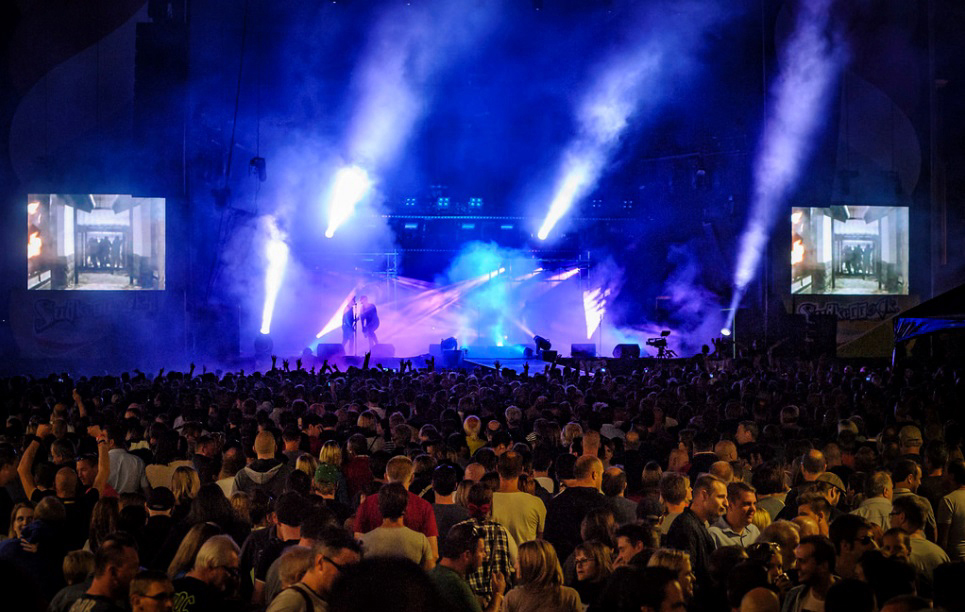 
where circumstances might have wanted for that. The above and the below scenes show the most recent appearance of this feature @Suikerrock Festival in Summer 2015.

The first Filmic Delights were compiled by AshTV on the occasion of the 30th Stage Anniversary Birthday Gig at The Stage, Leeds Met Students' Union, Leeds, UK


The screenings consist of movies scenes, often from old Japanese and American cult movies, which, as far as we gathered, vary from tour to tour.