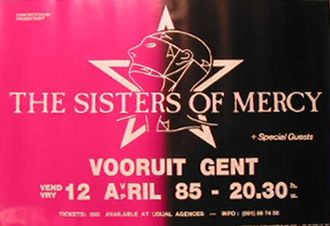 Concert poster from the gig


First And Last And Always line-up, i.e., more or less so, since founding member Gary Marx


had left The Sisters of Mercy a fortnight before at the end of the Tune In... Turn On... Burn Out... Tour.


At least two audience recordings from this concert are known to exist.


Some cover art was made, and both is in circulation among the fanbase. 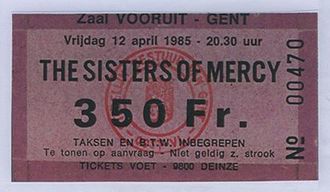 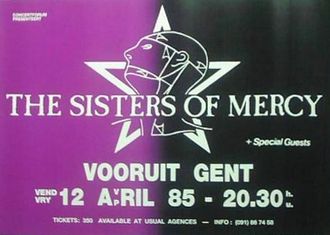