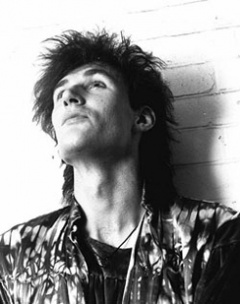 Life before The Sisters of Mercy

Gary Marx was the singer and composer of the Leeds-based band Naked Voices.


This band played a few gigs during the later 70ies and recorded a demo-tape.


and together they started The Sisters of Mercy and the band's own label Merciful Release. 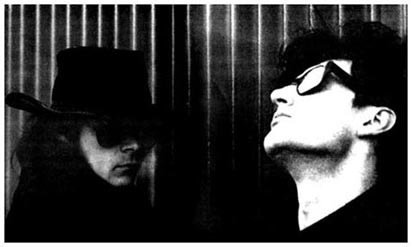 In default of any other information so far, please avail yourselves of this long interview by The Sisters' fanzine Glasperlenspiel (GPS) with Gary Marx - June 2003 @Ghost Dance Forum. An excerpt:

The band didn’t exist, but a band did. Andrew was the drummer, his girlfriend was the keyboard-player, I was the guitar-player (despite never playing guitar before in my life), the bass player was called Johnny (every band around that time was obliged to have at least one person called Johnny) and a local Leeds ‘face’ called Keith Fuller sang. It’s so long ago that I can’t remember if we ever had a name – we certainly never played a gig or recorded a note. We barely made it through a rehearsal without scud missiles being deployed. The only thing that band did was throw me and Andrew together. The pair of us set up Merciful Release to create a label identity for the Damage Done single. 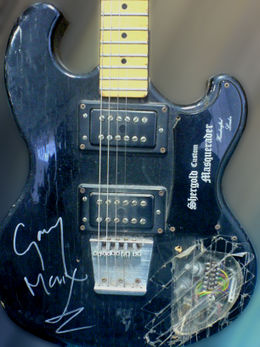 The remains of Gary Marx' guitar 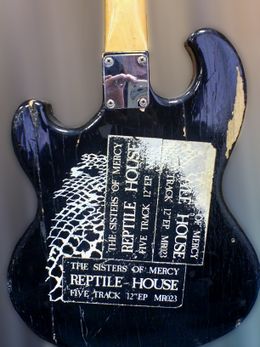 The remains of Gary Marx' guitar


In 1981, The Sisters of Mercy purchased one of the newly invented drum machines, which they named Doktor Avalanche and proceeded with Craig Adams on bass and later on with Ben Gunn on second guitar. Andrew Eldritch concentrated on vocals, writing and almost everything else.


Gary Marx played guitars on the singles & EPs Body Electric, Alice, Anaconda, Alice EP, The Reptile House EP and Temple Of Love, Body And Soul, Walk Away including Long Train Flexi, and No Time To Cry as well as on the first studio album First And Last And Always.


During a gig at RockCity, Nottingham, UK in 1984, he crushed his long-time Shergold Masquerader guitar, which had accompanied him over many, many years ...
The remains were later handed over to ''Heartland Forum founder Quiffboy.

The year 2015 marked the 30th Anniversary of Gary Marx' departure. A lovely tribute on that occasion can be found on this lovely site...


Plenty interesting and entertaining facts and excerpts from discussions among the fanbase around Gary Marx can also be found in the blogspot I Was A Teenage Sisters of Mercy Fan under the topics: 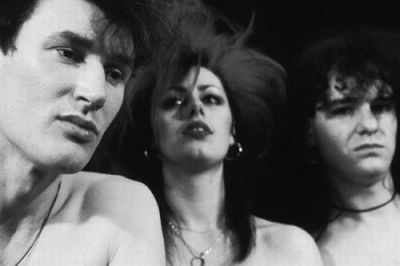 "There wasn't a great deal of pre-planning involved in forming Ghost Dance. I knew Anne Marie
from the Skeletal Family supporting us on tour - the pair of us left our bands at the same time,
she contacted me and I thought, great, that will stop some of the Sisters comparisons if I work
with a female singer." (source)

Paul "Etch" Etchells was hired as a bassist and funds were invested in a drum machine named Pandora. The first gig ever of the band took place on 29 November 1985 at London Poly Students Union. For more information about the foundation of Ghost Dance as well as the complete biography, a discography and everything else can be found on their Official Ghost Dance Site, including a formerly not very busy but nonetheless active Ghost Dance Forum. Meanwhile, this website has been resolved and is availabble only along the Internet Archive WaybackMachine.

From an interview with Gary Marx by Christophe Labussière in Premonition Magazine:
"Ghost Dance disbanded in 1990/91 leaving me fairly against the idea of being in a band. I worked with a singer on a project which had the working title of "Bloodshot and Jungle Red As bizarre as it sounds the singer had certain threats made on his life (nothing to do with the quality of the music)and went into hiding. He contacted me about seven years later, by which time my enthusiasm for the project had understandably cooled."

"I worked with Craig at the beginning of 1993 on a group of songs for an un-titled project (which at one point included Julianne Regan from all About Eve as well)... We worked at his home studio in Brighton and pieced together three or four songs - I say the project was untitled because, no sooner had we completed the songs than out of the blue the Cult contacted Craig and offered him the bass player's role on an upcoming album and tour. Needless to say he accepted and the tunes were shelved." 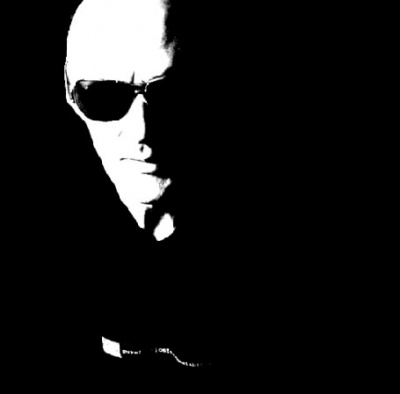 From an interview with Gary Marx by Christophe Labussière in Premonition Magazine:


"It was then the Summer of 1995 when I met up with Andrew after a nine year gap. I met a member of Andrew's Merciful Release team at a gig, we got talking and I voiced my frustration that Andrew was largely inactive and suggested I might write some songs for him not thinking it would go any further. The 'go-between' may have coloured my comments because when Andrew contacted me a few days later, he did seem curious about whether I wanted to re-join the band and play live - I did not. I told him I was only interested in writing and that I didn't even want to go in the studio to record the material, as I knew how slow he was in the studio and how tortuous the process always became. We met in Leeds (even went back to Village Place for old time's sake) and Andrew was in agreement that we should give it a try.


Despite my desire to work face to face on the new material, as usual Andrew wanted to impose certain working conditions and asked me to prepare backing tracks for him, post them to him in Germany and then leave him to write words to them (pretty much the process on "First and Last and Always" which had taken months). I didn't want to give him the chance to sit on the tunes, believing we could get them done quicker (and with better results) if I was in the room with him - he wouldn't budge. The result was I wrote 11 tracks in a couple of weeks, gave them to Andrew, at which point the process was stalled - it is still on hold. I may well choose to finish the tracks myself and make them available."

Andrew Eldritch's exact view on this is not known, as he has never commented the course of events. 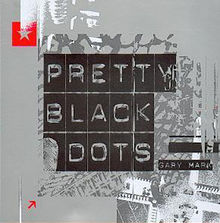 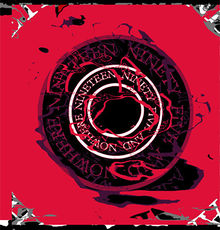 Solo Career And Other Activities

From 1997 to 2005 Gary Marx worked as a teacher at Paul McCartney's Liverpool Institute of Performing Arts and released material as an independent artist through his own website and set up an archive for his previous band, Ghost Dance.


In 2007, he finished writing on Nineteen Ninety Five And Nowhere, which he had offered Andrew Eldritch to commonly develop, and the record was finally released in CD-format on D-monic. Here is another interview with Gary Marx from 2008 concerning the circumstances around Nineteen Ninety Five And Nowhere, lots of other Sisters related issues, and his then recent acitivities with Online Music Mag Sideline.