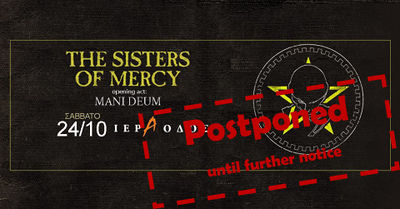 
No wonder, the concert had to be moved from the originally chosen Fuzz Club to Iera Odos.


The according thread at the Heartland Forums can be found here...

Unfortunately, this concert (among others) had to be postponed


due to a heavy flu infection affecting all the band and crew (see below).


Fortunately, already on the next day at noon a new date for the gig was announced,


this time, however, moved to Gazi Music Hall.