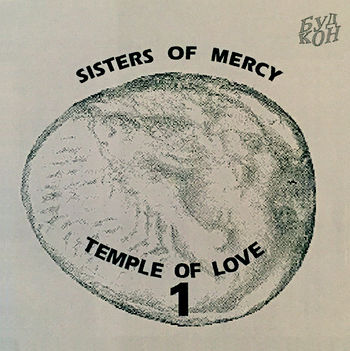 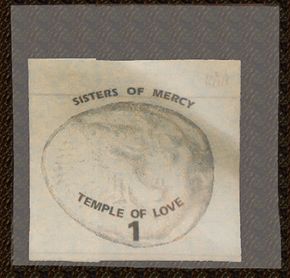 This Russian Flexi contains the song Temple Of Love.


There is more than one flexi with the song, this one representing the first of which. For the other one see Temple Of Love (flexi 2).

It is not so, that there were two editions because of the two different versions of Temple Of Love, the first one from 1984 and the second one from 1992 with Ofra Haza on additional vocals.

Rather, the track of the first release as on the Temple Of Love single of 1984 is split into two parts, with the present flexi featuring part one of them.

Pictures of this flexi have been very hard to find. For another such picture of the cover see (* thanks to Korin) this link... That image and the one on the right side here were originally taken by sellers of these flexis for online auctions.

It consists of a b/w fold-out computer print on plain paper that does not cover the flexi in full on the back
so that the colour of the item remains visible from the outside.