From SistersWiki.org - The Sisters Of Mercy Fan Wiki
Jump to: navigation, search
The Sisters of Mercy - Audience recording cassette rip 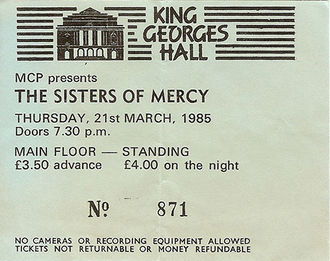 This is the only gig where The Sisters of Mercy had Stairway To Heaven in their setlist.


Consequently, there are at least three bootlegs referring to this gig:


Stairway To Heaven, Heaven Can Wait and Razor Smiles.


At least one audience recording from this concert is also in circulation among the fanbase.


I Was A Teenage Sisters of Mercy Fan Blog under Stairway to Heaven - Blackburn, March 1985 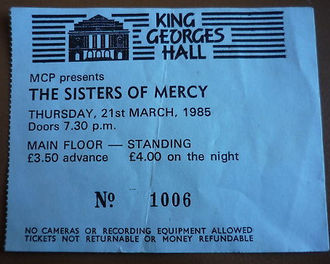 Our thanks for the upper picture of the ticket go to Heartland Forum member brunobossier.