Under The Gun (song) 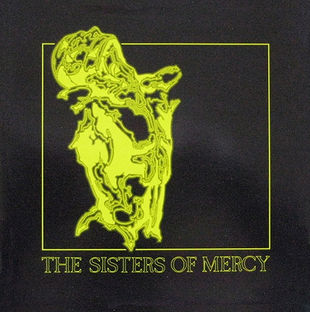 Under The Gun - Single Cover (front)

Under The Gun was - accompanied by the respective video - released as a single in 1993.


It also appeared on the album A Slight Case Of Overbombing - the last official release of The Sisters of Mercy.


For few more details about this song see: http://www.thesistersofmercy.com/lyrics/utg.htm 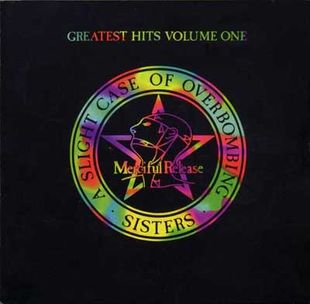 You don't have to say you're sorry
To look on further down the line
Into the sun
Too close at heaven
Love is fine
But you can't hold it like a...

Two worlds apart two together
Into that good night kiss away
One takes the hard, one the other
Kiss away

Do you feel your head is full of thunder?
Questions never end?
Empty nights alone?
No wonder
It all comes back again

Forget the many steps to heaven
It never happened and it ain't so hard
Happiness is a loaded weapon and a
Short cut is better by far
Explosive bolts, ten thousand volts
At a million miles an hour
Abrasive wheels and molten metals
It's a semi-automatic, get in the car
Corrosive heart and frozen heat

We're worlds apart where we could meet

Where the street fold round and the motors start
And the idiot wields the power
Where the chosen hold the highest card
On the field of honour where the ground is hard
So the highest hand is joking wild
And the house soon fold and no one stand
I put my finger on and dialed
The tower, the moon, the gun and
Nine nine nine, singer down
Cloudburst and all around
The first are last, the blessed get wired
The best is yet to come
I put my finger on and fired
Heat-seeking, out of the sun
You can set the controls for the heart or the knees
And the meek'll inherit what they damn well please
Get ahead, go figure, go ahead and pull the trigger
Everything under the gun


Words by Andrew Eldritch and Roxanne Seeman, Music by Billie Hughes.
Lyrics and music are property and copyright of their respective rights holders and provided only for study purposes.

Some basic analysis has been done at the Heartland Forums under