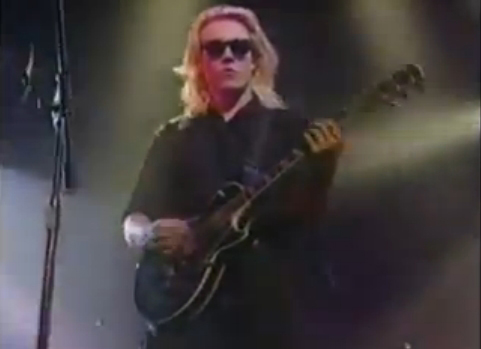 Andreas Bruhn during The Sisters' performance at Beat UK 1991 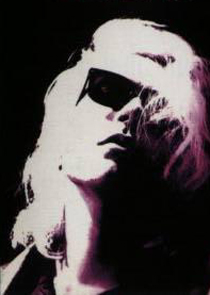 Andreas Bruhn played guitars and wrote part of the music for The Sisters Of Mercy's third studio album Vision Thing.


He continued as live guitarist with The Sisters until the end of the 1993 tours.

There is an interview with him here, (courtesy of those nice folk at myheartland.co.uk)

For those interested further, see this two-part interview with Andrew Eldritch and Andreas Bruhn by MTV in 1990 at the Fishmarket in Hamburg here (Pt. 1) and here (Pt. 2).

Andreas Bruhn left The Sisters of Mercy in 1993 to bring forward his own band project Broon. In September 1993, Broon were announced to "possibly" play at Rock Am See Festival Losheim. But they didn't for reasons unknown.