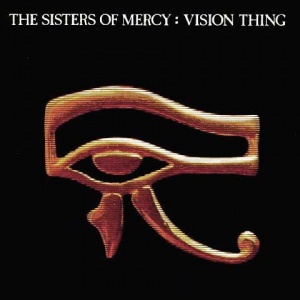 Vision Thing was the third album by The Sisters Of Mercy.
The album was released in 1990 and is the latest studio album. It saw The Sisters
taking on a more American rock sound. Eldritch dismissed it as being aimed at an
American audience. The sound somewhat alienated some of The Sisters' fans while
others entirely welcomed the change. A few details on the recording process can
be found here in another Wiki.

In late 2006 Vision Thing was reissued with five extra tracks. 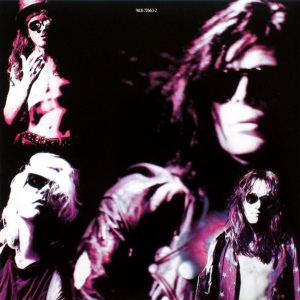 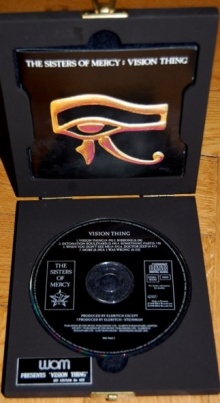 as credited on the inner sleeve:

The Sisters spent months in the studio. The final mixes ended up not used for the album.
Eldritch decided some of the earlier "rougher" mixes were better.

Andreas from April Tears about recording in PUK studios...
"...beside the grand piano there were a lot of old mastertapes. Amongst others The Sisters of Mercy's "Vision Thing"
and Depeche Modes "Music For the Masses". Sometimes I regret I didn't smuggle them out of there. I still can't
understand what all those mastertapes were doing there. I swear that there were at least 60 Sisters masters in
there. What were they really thinking of?"