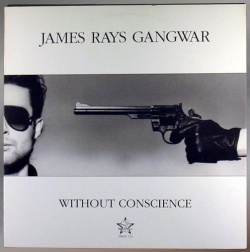 The B-side of the James Rays Gangwar 12" single/CD-single Without Conscience.


and of course at the James Ray Official Site, where you might also find some audio from this song to listen to.

Produced by Gangwar   -   Music & Lyrics by Ray/Vingoe/Earl
Lyrics and music are property and copyright of their respective rights holders and provided only for study purposes.