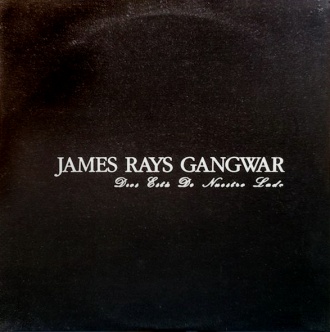 Santa Susanna is the track No. 8 on the Dios Esta De Nuestro Lado CD


and track B4 on the according vinyl LP. The song is followed by a cover


of Alvin Stardust's debut hit Coo Ca Choo, which is the final track of the album.


of James Ray And The Performance. It was issued in 1992 under Catalogue# MRAY341.

This song and the whole album together with A New Kind Of Assassin,


The same artwork was used then as had been used for A New Kind Of Assassin.


where this and other tracks are available for listening.


A still video featuring this track can be found here ... 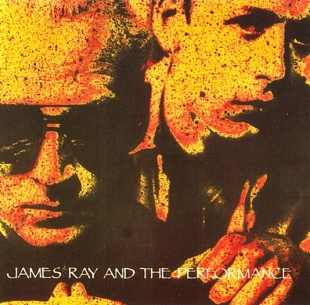 Way down, low down, LA way
I gotta find a dream

Santa Susana, burning you up
Come here and take my hand
Out on the desert, out of my mind
Out on the white highway
Puffing up the grass of my 65 brothers
I start to find my way

Santa Susana, you're starting to move
Come here and take my hand

Hand full of sufferiges, a head full of sin
Move to the city one day
With some born-again junky and his armour of gold, I'm gonna sell his soul

Santa Susana, you're coming in close
You've got something to lose

Suicide sister, me in white
Someday you'll find a way
You talk about your weapons and the beauty of it all
Some say you take it that way

Santa Susana, you're looking strange
Could it be the flowers in your hair?

Out in the desert, into my mind
I'm on God's highway
Picking up the pieces with my sisters and my brothers
I think of you this day

Santa Susana, you're moving me now
Come back and see me some day


Words & Music: James Rays Gangwar
Lyrics and music are property and copyright of their respective rights holders and provided only for study purposes.