The third gig The Sisters of Mercy played during their Europe 2010 Summer Tour,

For the relevant discussions, photos and links to videos see Sisters @ M'era Luna 2010 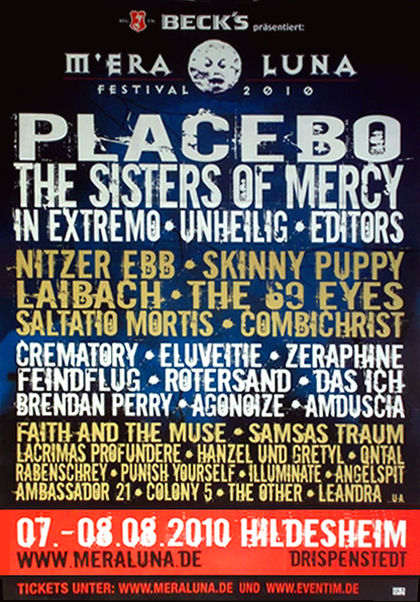 
and are in circulation among the fanbase...