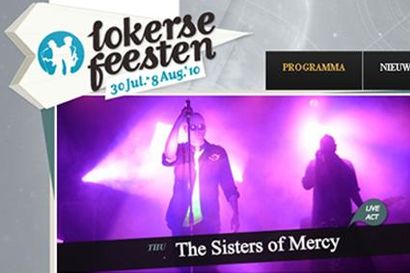 The second gig of the Summer 2010 Tour took place during the Lokerse Feesten Week in Belgium.

Other acts on that day included the Customs (Belgium), the Gang of Four and The Dandy Warhols.

Several audience audio and video recordings from this gig are in circulation among the fanbase,

Photos, links to vids and current discussions of the event can be found


on Heartland Forum from about here on.