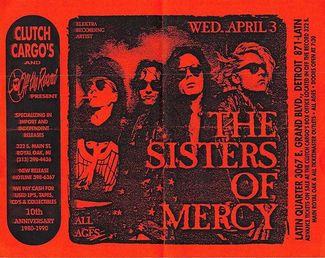 
promoting their Vision Thing album in Southern Europe, the United States and Canada.

Nothing much is known about this concert. And a recording of this show has so far not surfaced, either.


So, any further information should be very welcome ...


Danielle Dax was booked as the support act. 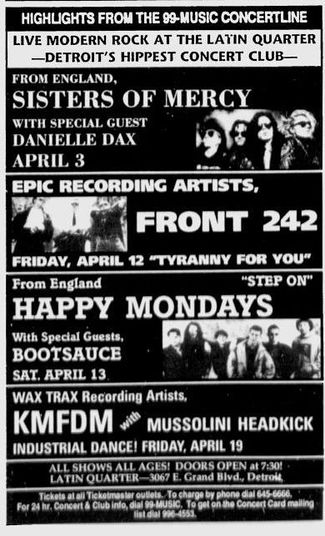 - unknown -   The setlist here is the one of the following gig and representative for most of the tour.