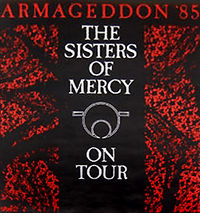 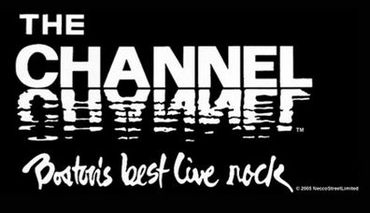 One of the US-gigs during The Sisters of Mercy's Armageddon Tour in mid-1985, the last tour they did as the debris of their First And Last And Always line-up before "the eventual split".

There is not much known about this concert.

It is, however, listed in the ultimatesistersguide and also
mentioned within the entry Von's final pre-split interview
of the I Was A Teenage Sisters of Mercy Fan blog.


The Channel itself was founded in 1980 and soon became quite famous as a nightclub in Boston at the time with a legal capacity of 1,700 visitors.
The management used to book all the main European punk, post-punk, metal and other bands, compiling quite an impressive list.


The concert of The Sisters of Mercy is also listed in The Channel's Archive.

unknown, but most likely something similar to the following,
as this was common for the US-leg of the Armageddon Tour.