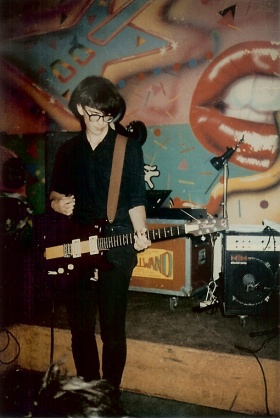 Ben Gunn during The Sisters' gig at Loft, Berlin, 1983
* special thanks for the picture to brunobossier

Ben Gunn was the second guitarist with The Sisters Of Mercy from 1981-1983.


He joined the band later than Craig Adams and after the The Damage Done and the Body Electric release, when The Sisters had started employing Doktor Avalanche. Although some people believed that he was only in the band to support live appearances, he played on all the singles from Alice to Temple Of Love. 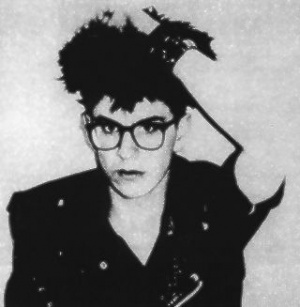 Eventually, when The Sisters returned from their first US-Tour and as the band was to sign to WEA, Ben Gunn quit in disgust, referring to personal differences between himself and Andrew Eldritch and claiming that The Sisters had started out as a joke on rock outfits, and now had become one themselves. His last gig with The Sisters of Mercy was at Danceteria, New York on September 17th, 1983. Here's part of an interview with him from that time. He was replaced the same year by Wayne Hussey, who, however, didn't appear live with The Sisters before 1984.

After The Sisters of Mercy, he played in a band named Torch and then formed a band named Anabas, who released two singles one of which featuring the songs Barricades and Dreamdance.


If you please, you can listen to the Anabas 7" here (Barricades) and
here (Dreamdance) on YouTube. For a little more info on these see
this pretty blog ...

Since then, there has barely ever been heard of Ben Gunn, publicly.
And indeed, whilst he was in the band, he often would forbid journalists
or interviewers to take any photographs of him in person.


For some more info and rumour, please avail yourselves of these two threads
at the Heartland Forum: Ben Gunn and Ben Gunn (again, I know)

There is also a long article titled Remembering Ben Gunn : the best Gap Year(s) ever ?? in the lovely I Was A Teenage Sisters of Mercy Fan blog.