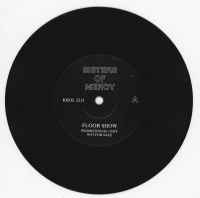 7" single with studio outtakes recorded in spring 1981 between the releases of "The Damage Done" and "Body Electric" singles.


These demos were circulated by The Sisters of Mercy in order to aquire support slots.


On the other hand, they seem to have been done in first instance for an official Floorshow EP release which never came to see


the light of day.


Anyway, this bootleg is now commonly known and listed in several discographies and reviews as Floorshow EP while the title


derives here from the "Floor Show" print appearing on the labels of the re-issues.


The labels of the first edition were marked by a Merciful Release print in large letters. High quality recording. 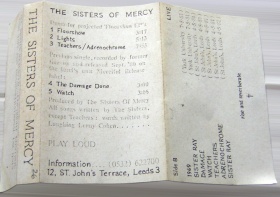 The Sisters performed a haphazard series of shows in 1981 and early 82. A four track demo was recorded at this time to tempt promoters. Featuring Floorshow, Lights, Adrenochrome and Teachers, this gave the first indication that the Sisters were developing into an above average band. The recordings were still roughly recorded, but the new songs were highly promising and showed that Adams and Avalanche could harness the band's energy. Floorshow in particular showcased blistering Avalanche drumming and stunning Eldritch vocals... 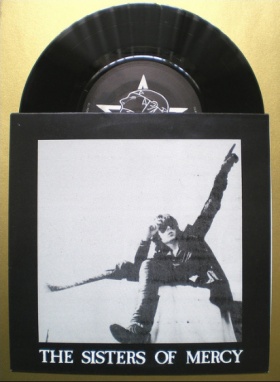 Several test prints for covers were made and not released. Some were however preserved. These are