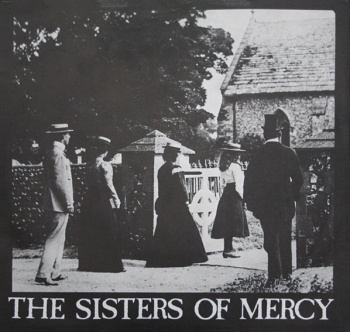 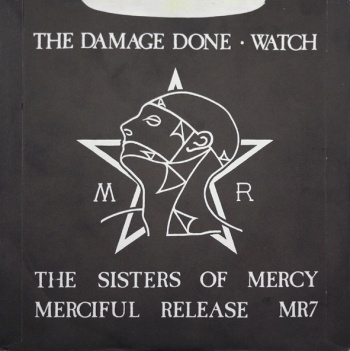 The Damage Done - Cover (back) 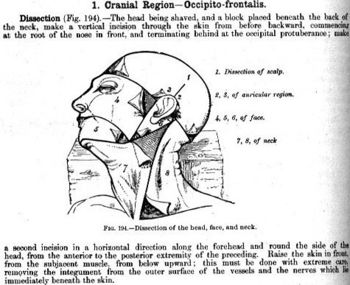 The Damage Done was The Sisters' first single, recorded "...to hear ourselves on the radio."


Everything about THE MAKING OF ... the first single... is on The Sisters' very own webpage.


They swear that John Peel played it a couple of times, which was recently confirmed
through the research of the wonderful people at John Peel Wiki.


Some further interesting details on the broadcast of The Sisters' first single can also be found in the lovely
I Was A Teenage Sisters of Mercy Fan blog under Sisters Mysteries V – did Peel play Damage Done?.
On this question, see also this thread @The Heartland Forums and John Peel Shows 1980-85.


Another decade-long mystery in Sisters History has been the front cover photo, i.e. the church it shows.
Several fanbase attempts to track down the building ended in always another dead-end. However, now
- eventually - the secret is resolved !!! It is St Andrew's Church in West Tarring, West Sussex.


Read everything about that glory day of fanbase detective work in the above mentioned blog
at Sisters Mysteries VI - The Damage Done sleeve church found! ... :-))) ...


The Merciful Release logo on the cover back, which would accompany every future release by The Sisters
of Mercy in one or other incarnation, was inspired by Gray's Anatomy, a much-praised English book
on the anatomy of the human body.

Watch and Home Of The Hit-Men by Gary.

A slight bit more about the production and release appreciation can be found in the teenage sisters fan
blog entry on occasion of the 40th anniversary of the single The Damage Done XL !. 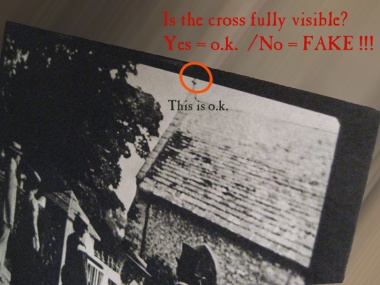 There appear to be more fakes of The Damage Done in circulation than genuine copies.


As the real ones can reach very high prices nowadays, it is important to know the difference.


Bizarrely enough, some collectors seem to take the stance that, in particular, the Japanese fake is
nearly as rare as the genuine one, and thus in recent times even the fake has become a collectible.

A clear feature to distinguish original from fake copies are the typical Porky run-outs:

see also the pictures below.