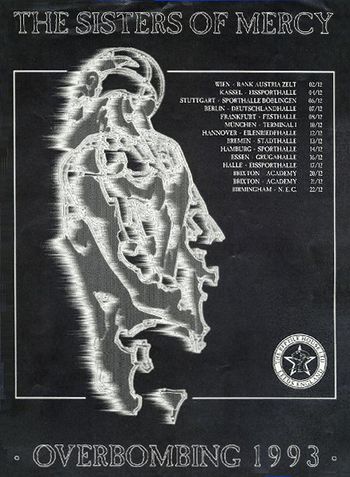 The Sisters played Munich as part of the Superbang '93 Festival Tour in Germany.


On the same bill were The Ramones as second headliners, always playing directly before


The Sisters of Mercy, as well as Type-O-Negative, Monster Magnet, and La Costa Rasa.

On part of The Sisters of Mercy, these festival gigs took place within the frame of their so named


Overbombing Tour 1993, promoting the released of the Under The Gun single and the release of


their second single-compilation A Slight Case Of Overbombing - Greatest Hits Volume One.

This concert was sold out.


Beyond that, there is nothing much known about the gig, so any information should be very welcome ...


What we have found in the meantime, though, is the below concert review by German youth magazine


Bravo with loads of photos from the concert and autographed by Andrew Eldritch and Joey Ramone.

- Please click into the picture for a larger view - 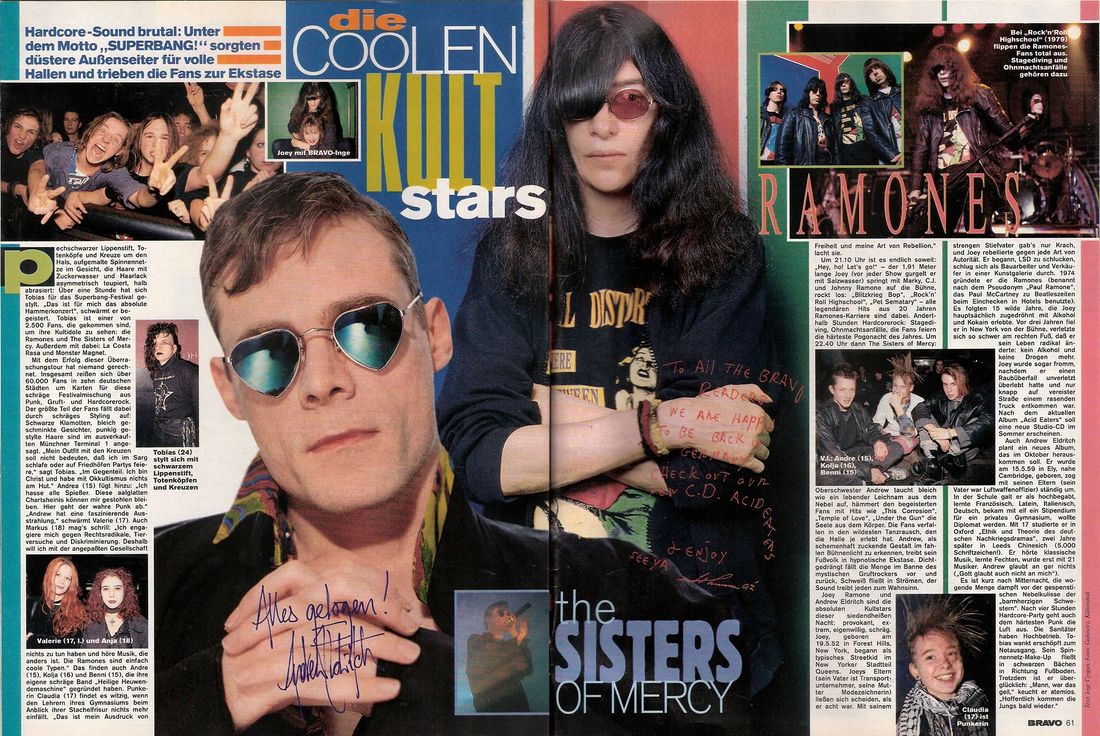